Are you Intellectually Resilient? 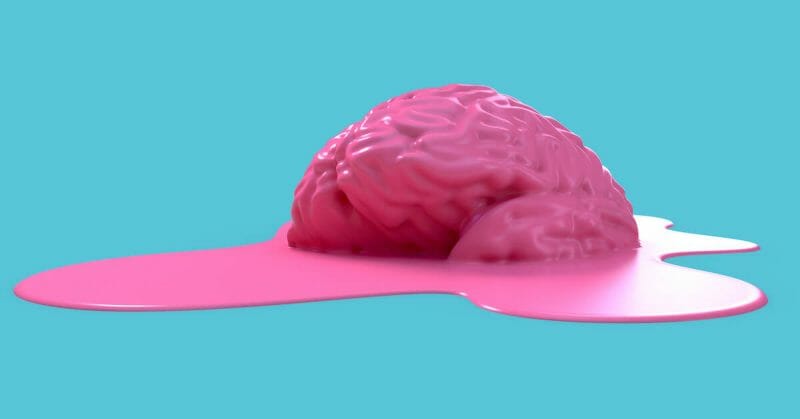 It’s not enough for organisations to develop resilience in their people – they need to focus on developing ‘Intellectual Resilience’. 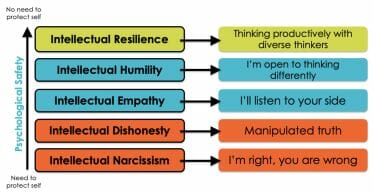 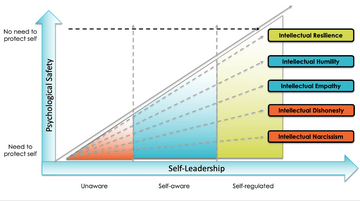 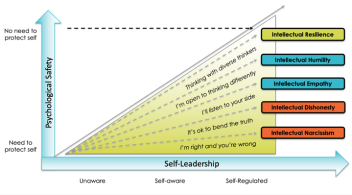 We think of ‘resilience’ as the ability to bounce back after a setback or significant challenge – and that is true – but when it comes to the professional world we also need to develop what I call ‘Intellectual Resilience’.

Many teams find it challenging to engage in productive conflict – to have those ‘robust’ conversations or to solve problems through deliberate or productive debate. It seems we’ve all become a bit too nice and concerned about stepping on each others toes. This is, of course, normal human behaviour but not that useful for collaborative and creative problem-solving or visionary strategy development.

However, I’d like to suggest that there might be another reason other than ‘being too nice’ that has a bigger impact and that requires honest and vulnerable self-examination from every individual within a team.

There are five levels of intellectual processing that I see in my work. Where an individual or team falls on that continuum depends on two things:

If you or your team are operating at the lower end of the scale you may be at the level of  Intellectual Narcissism. This tends to be a non-conscious level of engagement, often developed as a habit over time, to ‘protect’ oneself and to artificially inflate one’s sense of self-worth. It is characterised by a perceived arrogance and over-confidence or an unwillingness to accept any perspective that does not align with your own. It’s the ‘I’m right and you are wrong’ persona. Intellectual Narcissists will be listening only for data that will support their point of view and for reasons to reject alternatives. This is the level where party politicians often operate  (harsh but fair!).

When operating at the next level – the level of Intellectual Dishonesty – you are sufficiently aware to be able to ‘read the room’ and because you feel that you can (or cannot) predict the consequences of speaking your truth, you manipulate the truth to protect yourself. This could be by way of omission, or distraction, or by appeasing others by saying what you believe they want to hear. This level of response is often driven by the existence of an Intellectual Narcissist in the room.

The next level is Intellectual Empathy. At this level you are MOST willing to listen to the perspective of others however you can be drawn into feeling that you need to compromise in order for them to feel good. Whilst this is ‘nice’ it’s not particularly useful in terms of problem-solving or for ensuring all perspectives of an issue are considered.

Once you are operating at the Intellectual Humility level you will feel sufficiently safe to be open to others perspectives, even if you don’t agree with them. You will, in fact, be prepared to be challenged and to consider that YOUR way – tried, true and risk-averse as it may be – may not be the only way.

Of course the aim is for individuals and teams to be operating at the upper end of the spectrum – at the level of Intellectual Resilience. Intellectual Resilience is difficult to achieve without focused development either as an individual or as a team. It requires firstly, the confidence to be intellectually humble along with taking the time to understand and embrace the thinking capabilities and diversity in the team or room and use that productively. It requires the deliberate creation and maintenance of a high level of psychological safety in the room and this doesn’t just happen.

Only at this point can teams truly use the power and diversity of all team players to create new and better ways of doing things. Only when team members operate from a level of Intellectual Resilience can they be Collaboratively Intelligent!

So now the big question. Where do you sit on the continuum? Does that change based on who you are with? Where does your team sit? What about the individuals on your team?

And most importantly, what are you going to do about it?

And even more importantly, what is the cost of not doing anything about it? 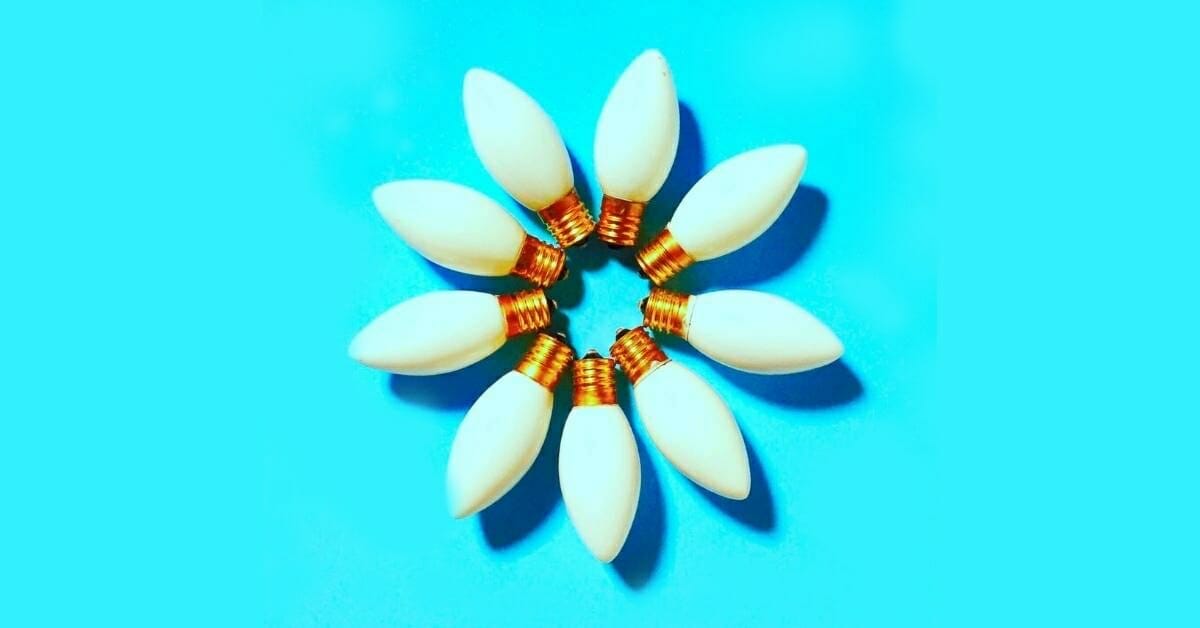 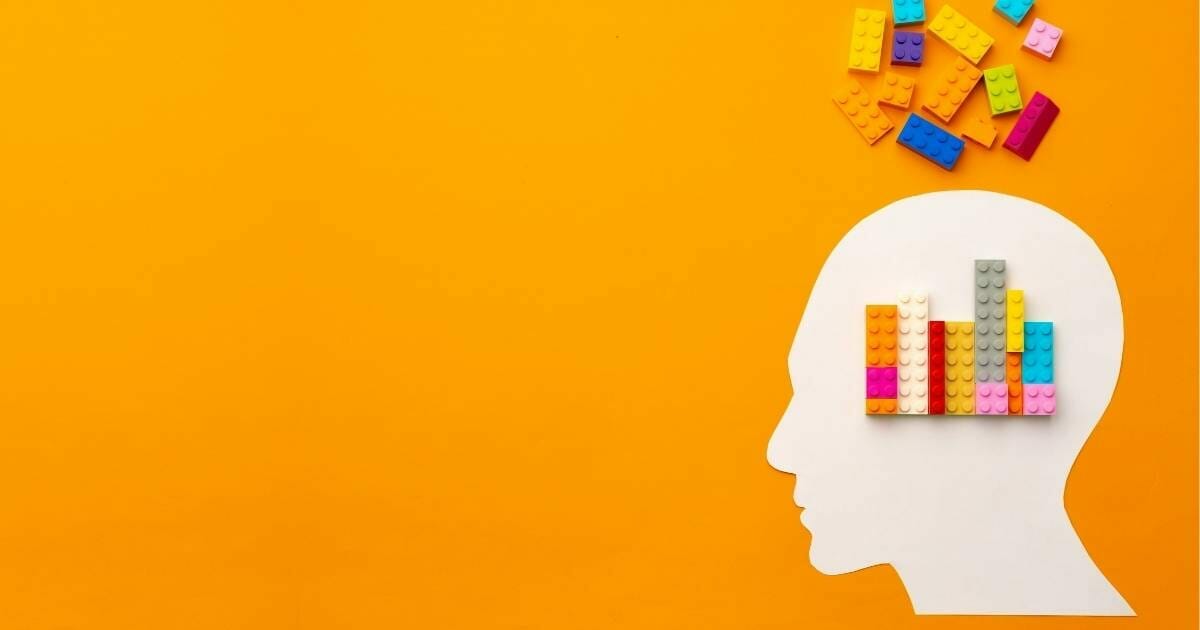 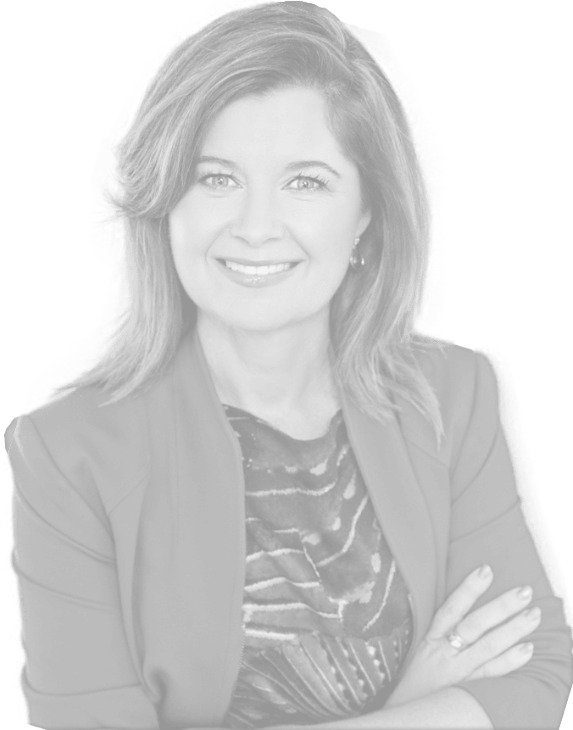